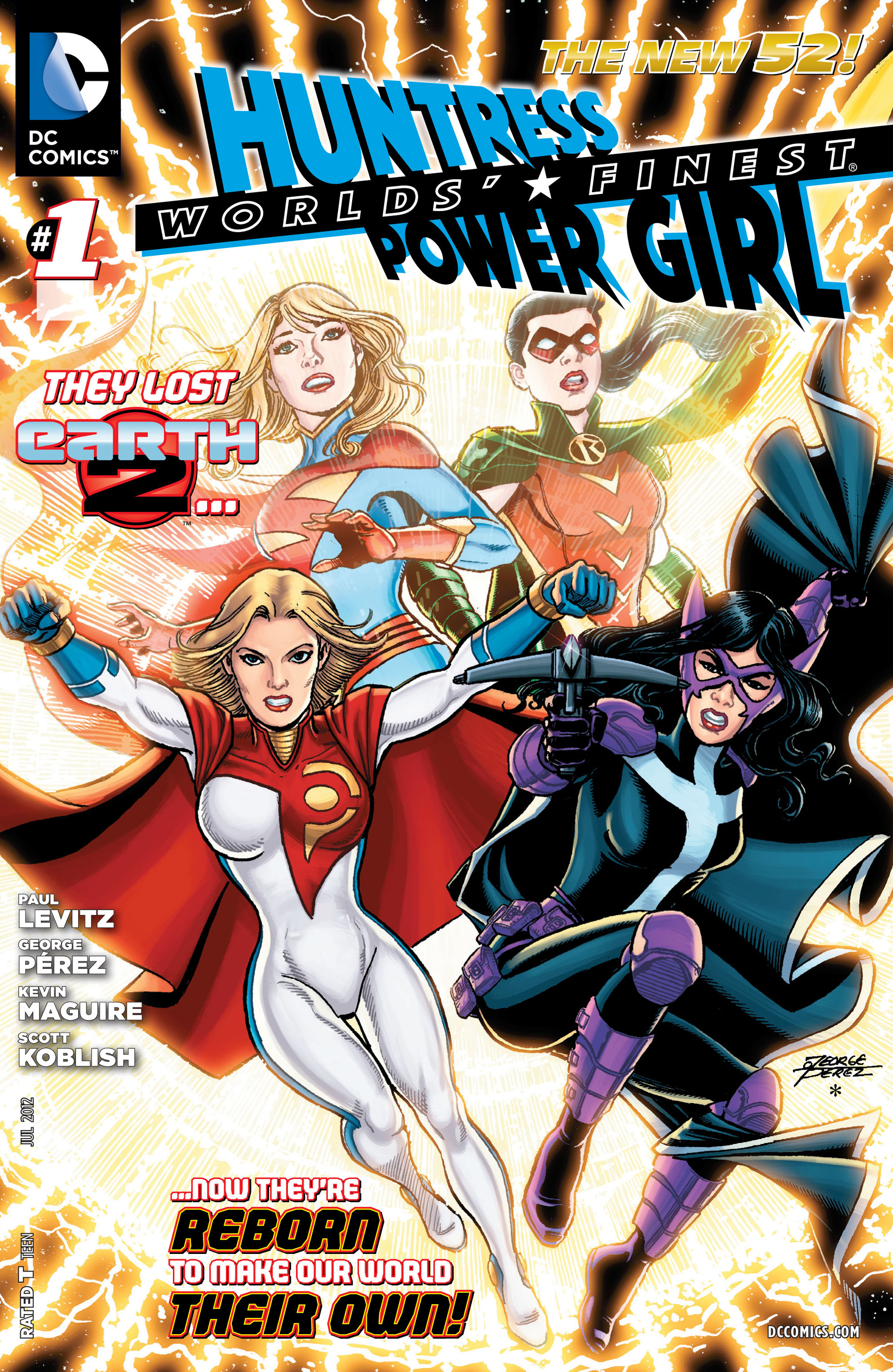 Originally, this comic featured the adventures of Earth 2 characters Power Girl and Huntress while stranded on Prime Earth/Earth 0 (thus the title referred to them being the finest heroes on two different worlds). Starting with issue 27, the focus changed to telling untold stories of the history of Earth 2 (and the title made less sense, as only one world was involved).