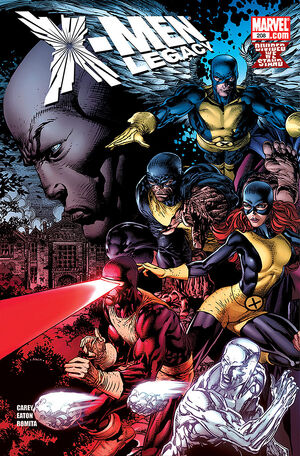 Vol 1: April 2008 – December 2012
Charles seeks the help of Magneto! How will things turn out the X-Men?
Vol 2: January 2013 – May 2014
Legion, the most powerful and unstable mutant in the world and son to Professor Charles Xavier, has killed gods and reshaped the face of the universe. NOW! in the aftermath of Avengers vs. X-Men, Legion will finally attempt to conquer his demons and embrace his father’s legacy!